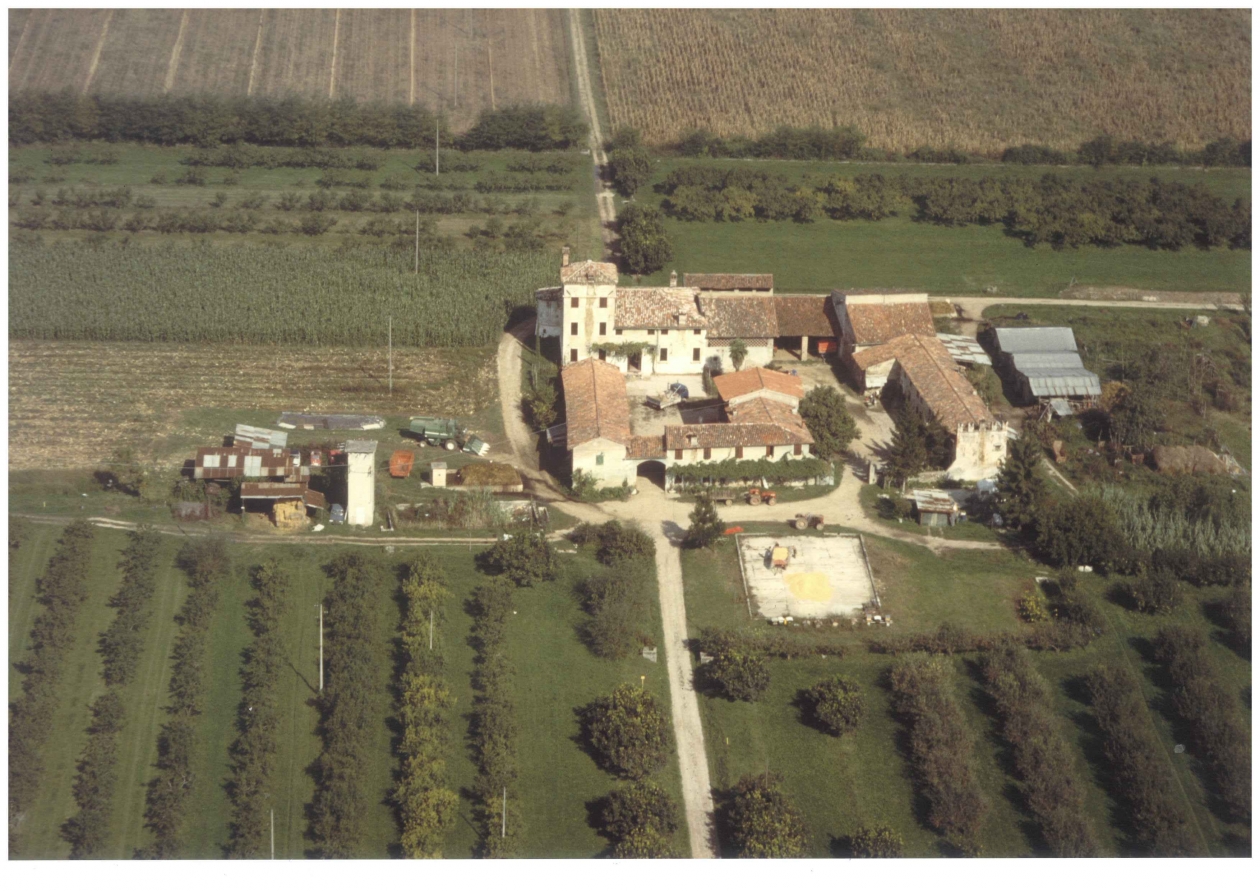 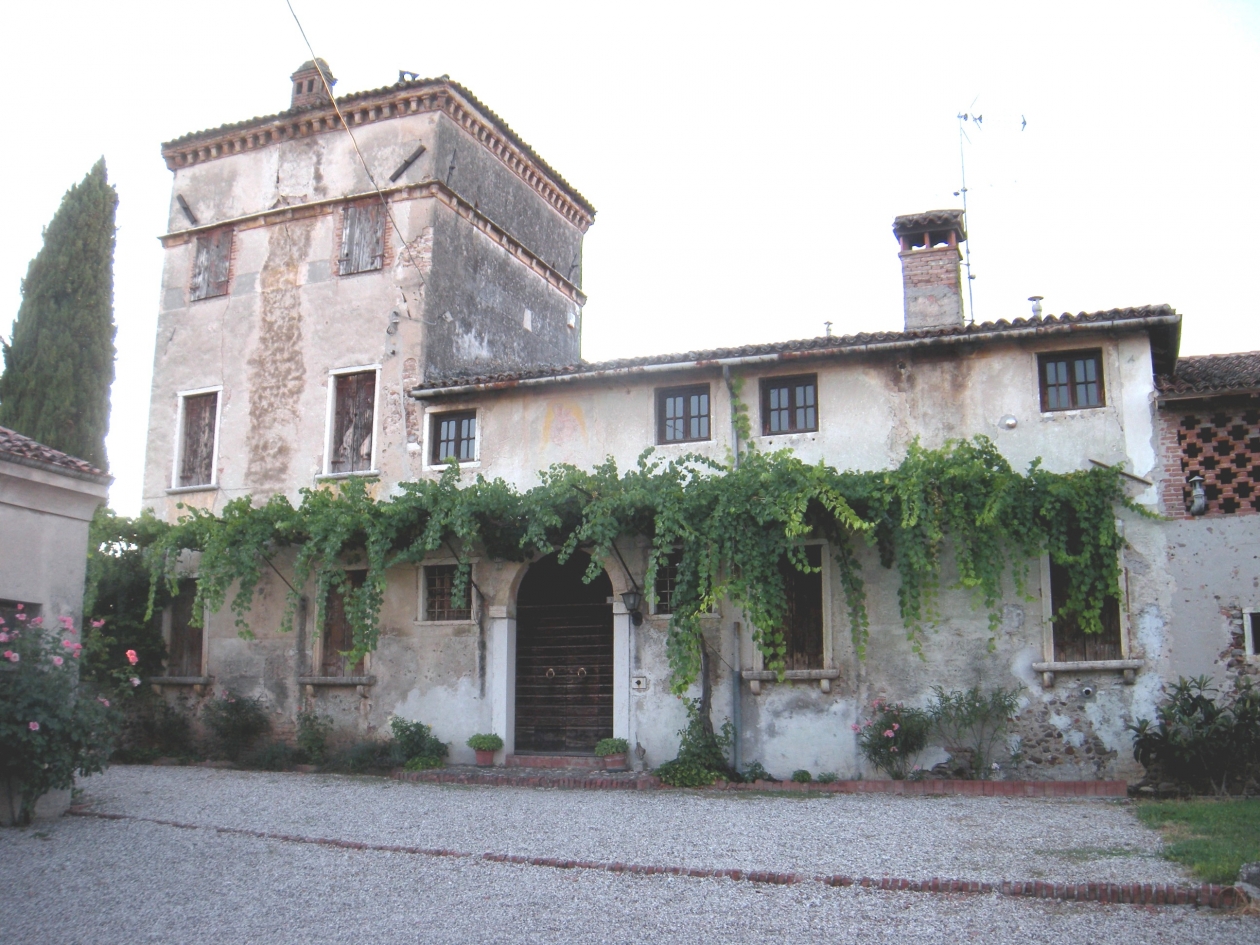 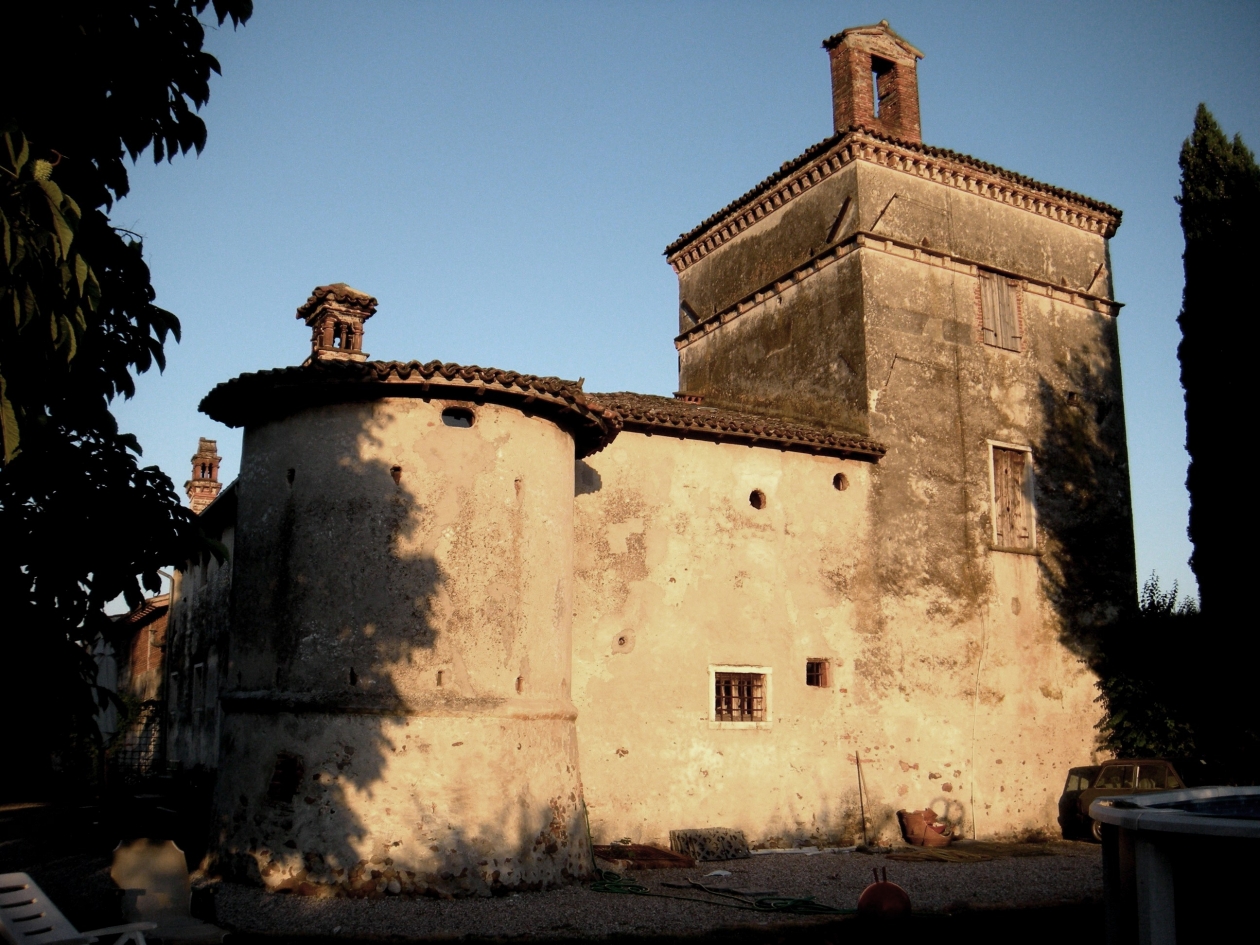 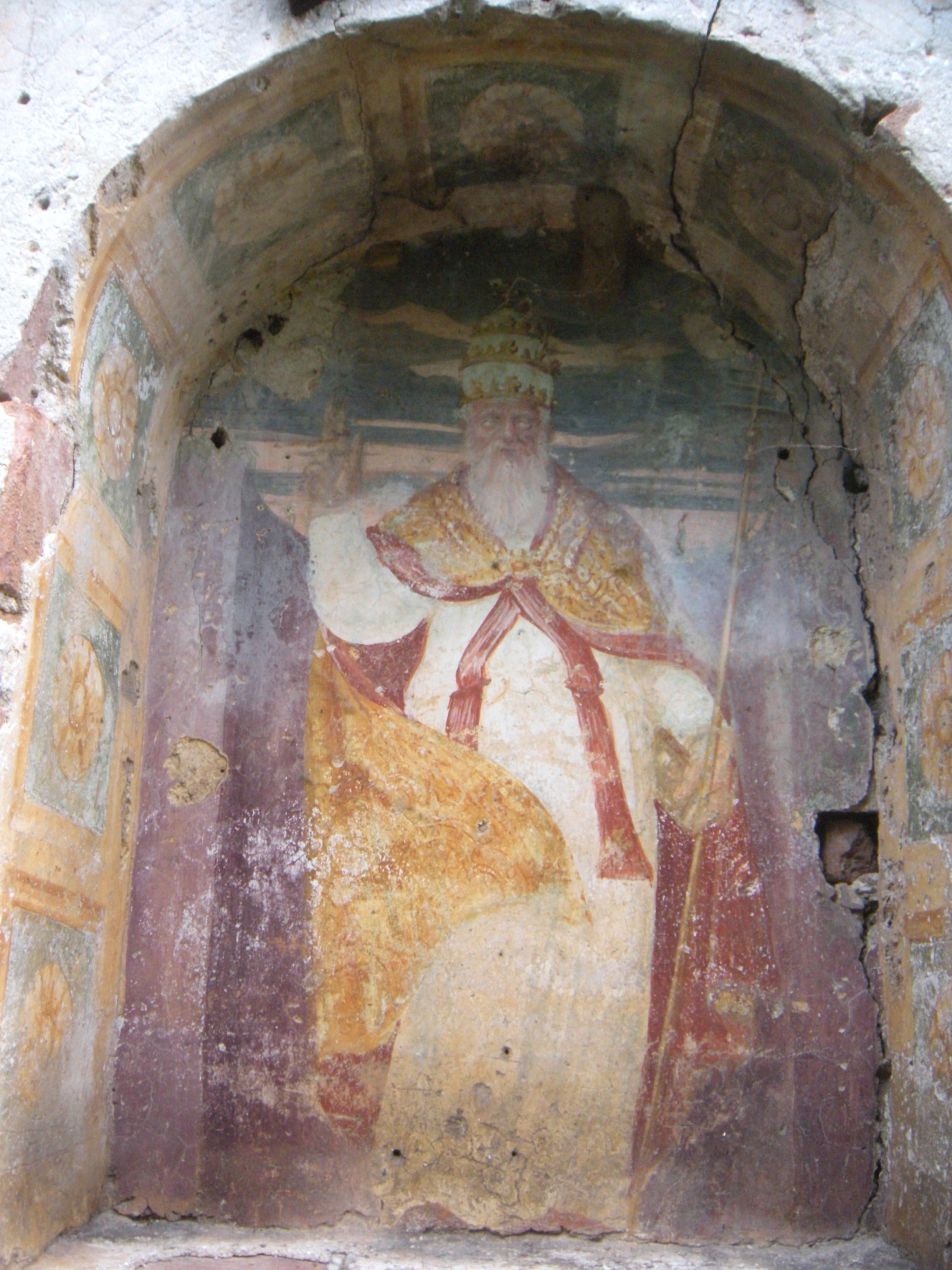 The origin of the court dates back to the fifteenth century; it is more similar to a military building than to a rural court and in fact the corner tower is typical of Emilian or Lombard military buildings.

A counterpoised wing has also a crenellated motif and at the base there are frescoes portraying Saints images.

On top of the façade a small bell tower still recalls when the hours were marked by the sound of the bell.

The Colombara tower consists of four floors with elegant windows framed and other openings closed just below the cornice characterized by a particular indentation.

The special feature of the complex is given by the chimney that stands on the entire building, typical of the noble country residences rather than of a simple farm.

The entrance is southwards through two doors and a roof, in line with the main entrance of the manor.

On the sides there are of the houses of the workers, the stables, the porches and some sections of the wall enclosing the courtyard, which has a secondary entrance perhaps of an extension on the right, with a gate and another part of the building that ends southwards with a crenellated wall and two frescoed kiosks (a blessing prelate perhaps Pope San Vittore).

South of the courtyard there is the barnyard (‘selese’ in local in dialect) for beating the wheat.

It is interesting that on the lawn in front of the court, since the 1930s, the children of sharecrop farmers used to play tambourine and many of them became real champions of the sport: it can be said that in this court the passion for the tambourine that characterizes Palazzolo even today, was born.

During the First World War on the land between the court and the regional road n . 11 was designed a small airfield.

From Verona and Peschiera del Garda driving along the strada regionale n. 11, at Bosco di Sona, turn into via Valmaron.

Motorway A4 Venezia Milano: take the exit Sommacampagna, at the roundabout on the left in direction of Sona / Bussolengo. After approximately 4 km, continue towards Bussolengo; after the underpass, turn right into the strada regionale n. 11 towards Peschiera del Garda. at Bosco di Sona, turn into via Valmaron.

Private, not available for visits.