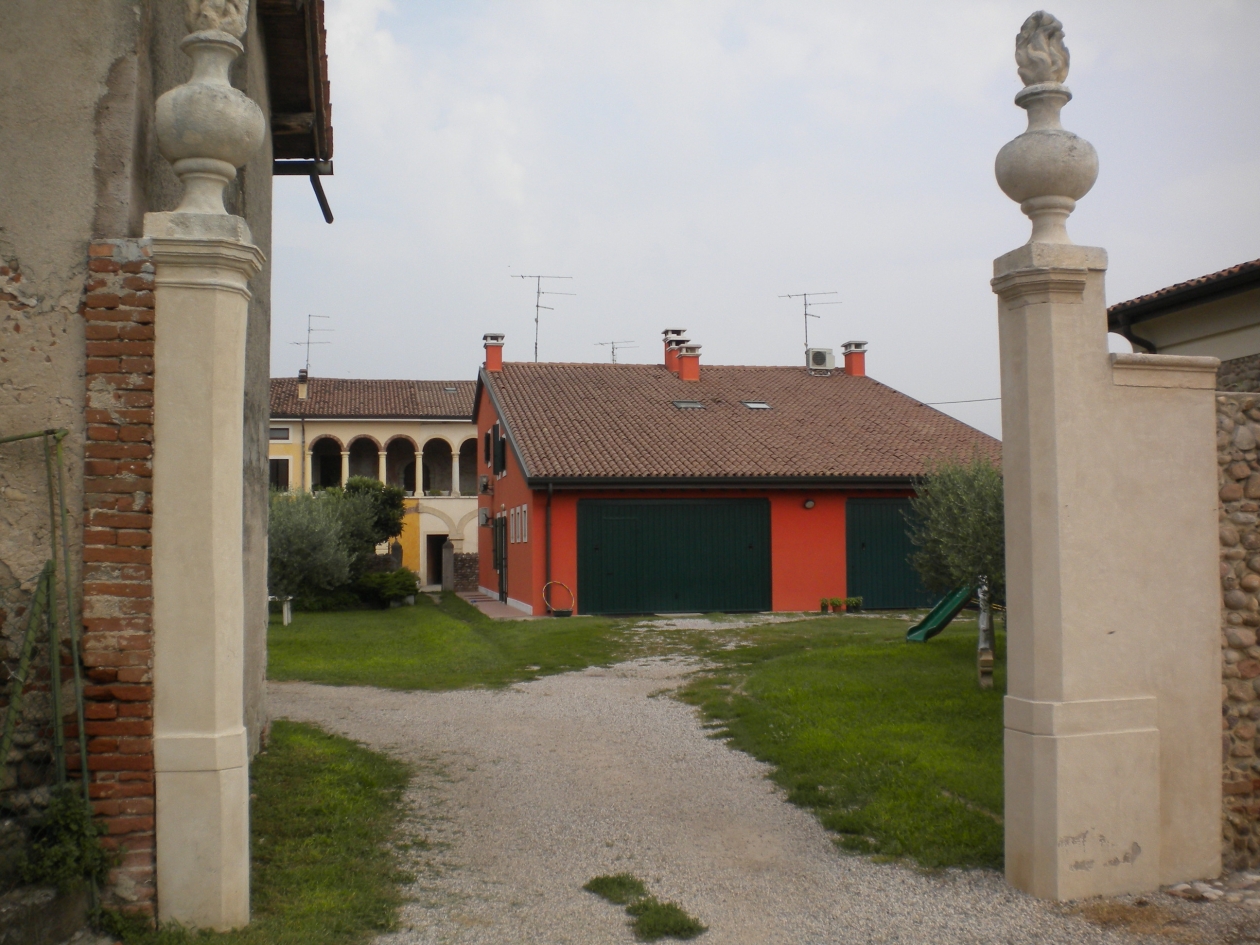 This is a particular courtyard since it was built with a specific criterion and with financial means that can be defined as good for that time.

The courtyard Messedaglia (originally, the name was “Massadàgia”) dates back to the second half of the 15th century. It has the structure of a manor house with the houses of the farmers and a small church.

The first building of the courtyard was a manor house used by the Counts Bevilacqua, the owners of some lands in the villages of Mancalacqua and Ca’ di Capri, as their holiday house and then as their permanent residence.

Of this ancient building the loggia remains today, which still has some remains of the original 17th-century frescoes and the 16th-century decorations on the roof beams. This building, called “El Castel”, was inhabited in the 18th century by the families Personi, Pellizzari and then Bonesoli. The last owner was the family Graziani.

Another old building is the small church built in the 18th century and dedicated to Our Lady of Mount Carmel.

Coming from Verona – San Massimo, at the beginning of the village of Lugagnano, turn left into the homonymous street. The courtyard is located after 1 km at the end of via Messedaglia.