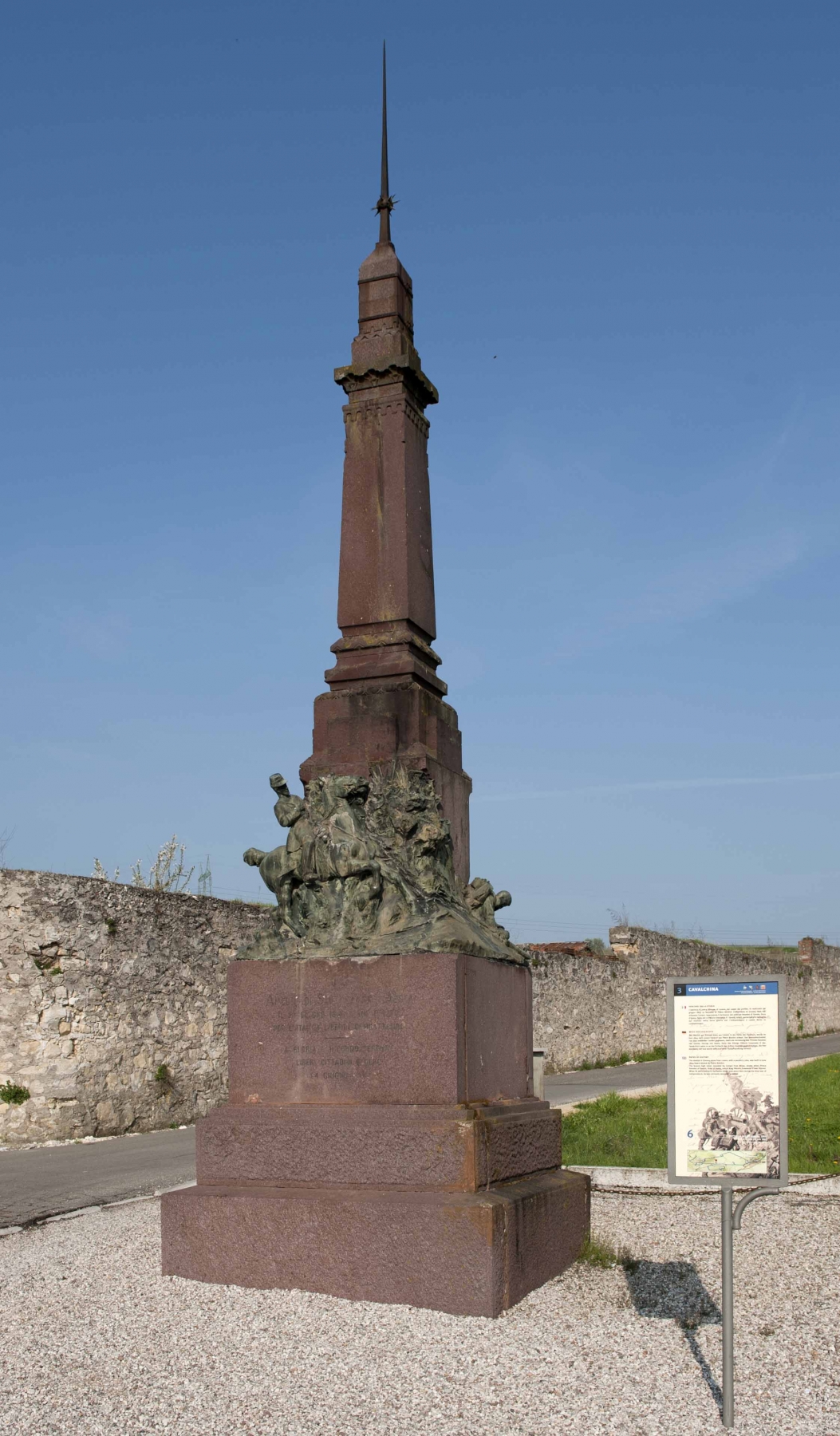 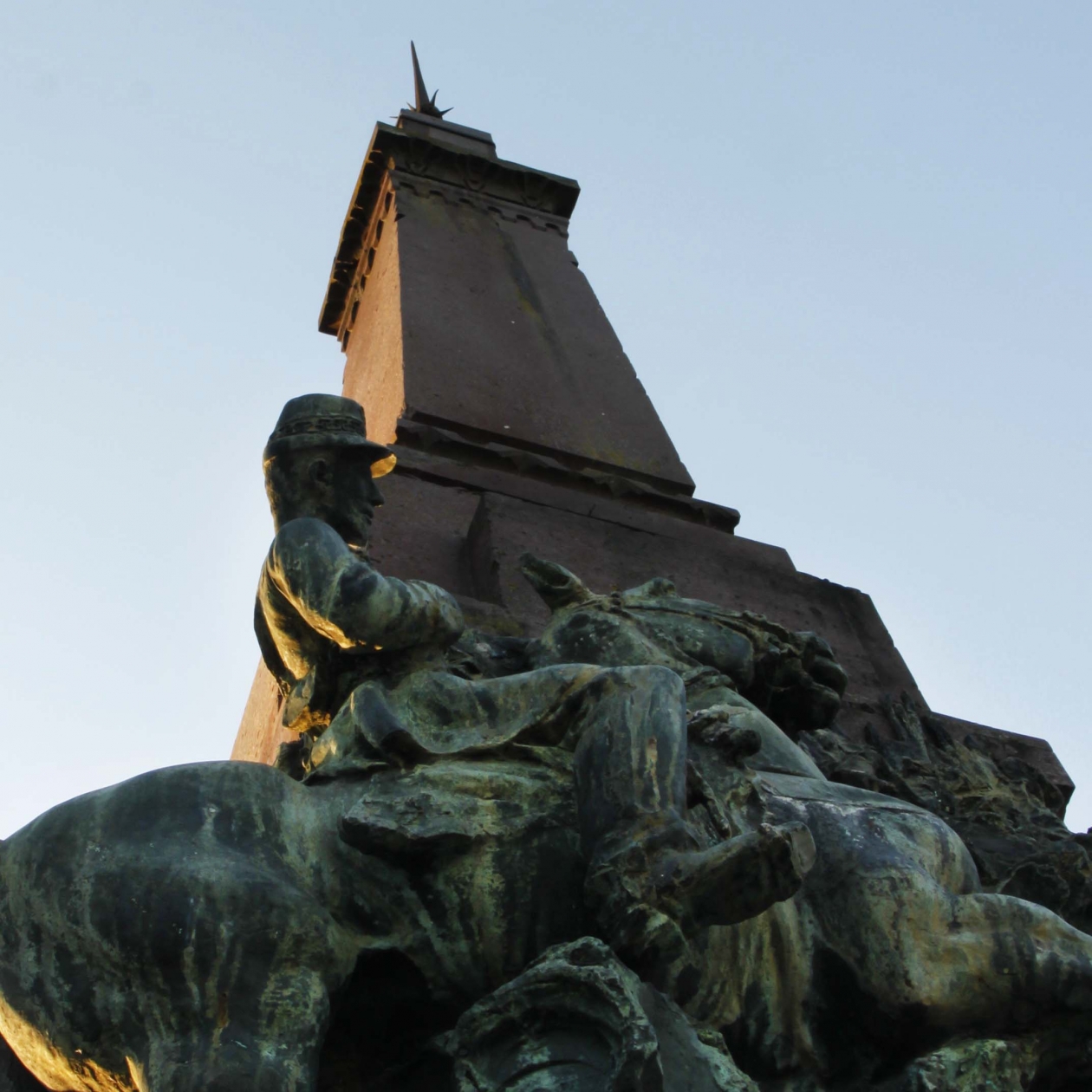 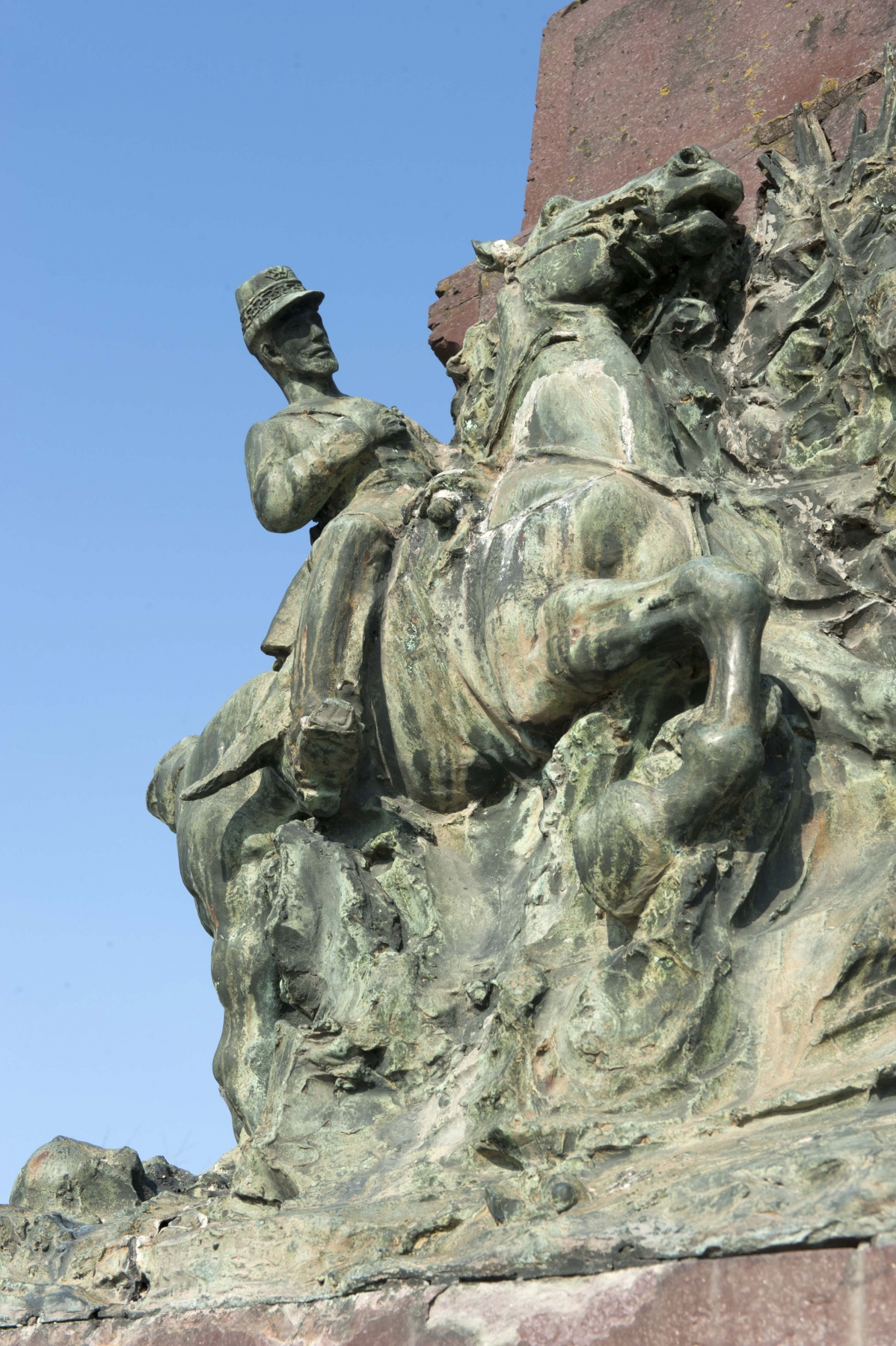 The monument to Amedeo of Savoy , son of king Vittorio Emanuele II and Duke of Aosta, is visible from the road that joins Custoza and Sommacampagna.

The obelisk is carved in pietra simona, a special kind of porphyry-like stone that can be found in the area of Lovere. The monument, designed by Pietro Bordini, dates back to June 1894.

The bronze high-relief by Milanese Cerani depicts prince Amedeo’s wounding in the hamlet of Cavalchina, during the battle on June 24th 1866.

The statue has been heavily damaged by vandals, but its refurbishing has been planned.

From Sommacampagna: take the Strada Sommacampagna. The monument is on the right, near the hamlet of Cavalchina.