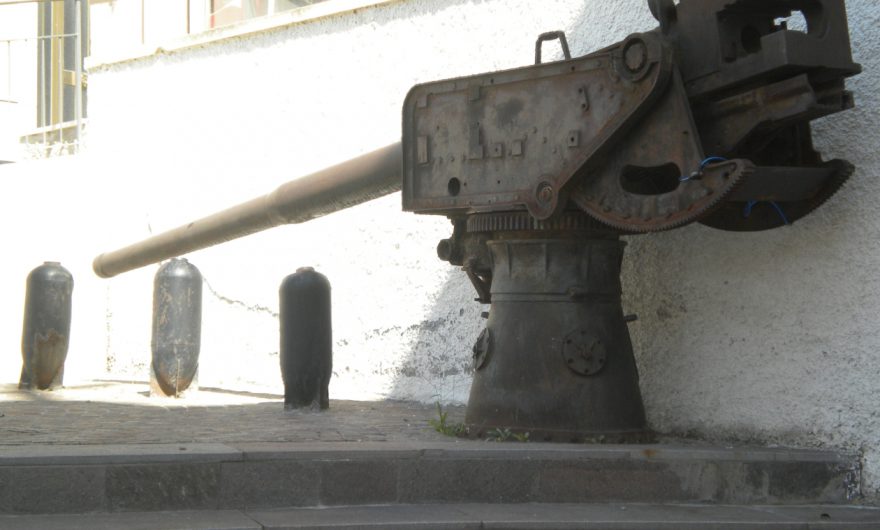 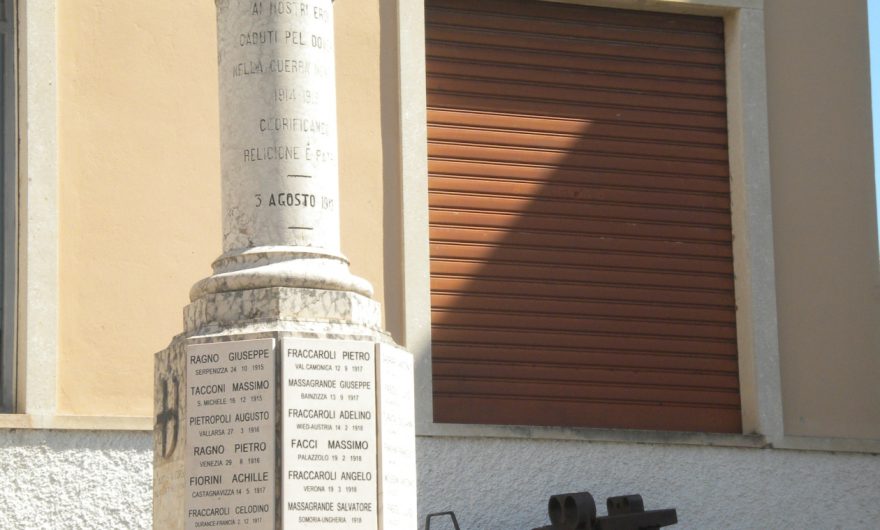 The monument to the fallen that stands in the churchyard of the parish church of Palazzolo, the first erected in Veneto and the fourth in Italy, was inaugurated August 3rd 1919, and was strongly wanted by the parish priest, Don Augusto Corsi.

Some chronicles tell that the priest, in times of economic hardship for the population, did not stop in front of the financial problem. Since the donations he collected did not cover the full cost of the work, Don Augusto paid out of his own pocket the gap; it was a noble sign that lets us realize his love for the people of Palazzolo.

The monument stands on a semi-circular floor which is accessed by a staircase. It has an octagonal shape, with three basic steps that elevate the marble complex, on whose upper facades are written the names of the fallen of the First World War. To the west there is the coat of arms of Savoy and under it only one name: Don Augusto Corsi – Palazzolo 01/05/1926. A molding further expands the base, the center of which is carved in relief with a scene of war: a cannon, lances, flags surrounded by branches of oak and a palm tree; on the other three sides there are the names of the fallen of World War II. Above the base memorial stone there is a broken column, a symbol of a cut short life. On the top of the column, in high relief, there is a laurel wreath, a picture of the award given to winners in ancient times.

In 1945, the area around the monument was located a cannon of the coast guards, used as 90/53 antitank, weighing 1450 kg, discovered at Palazzo Palazzoli, which was occupied by the German troops during World War II and used as a workshop.

The cannon was placed with the mouth facing downwards, to signify the surrender of the deadly weapons to the Supreme Sacrifice of the Fallen. There are also four 220 mm mortar bombs.

From Verona and from Peschiera del Garda, drive along the street nr. 11, at Bosco di Sona, at the traffic lights take the direction towards Palazzolo. Once you arrived in the center of the village, turn right and go up into via IV Novembre till you reach the parish church; the monument stands on its churchyard.