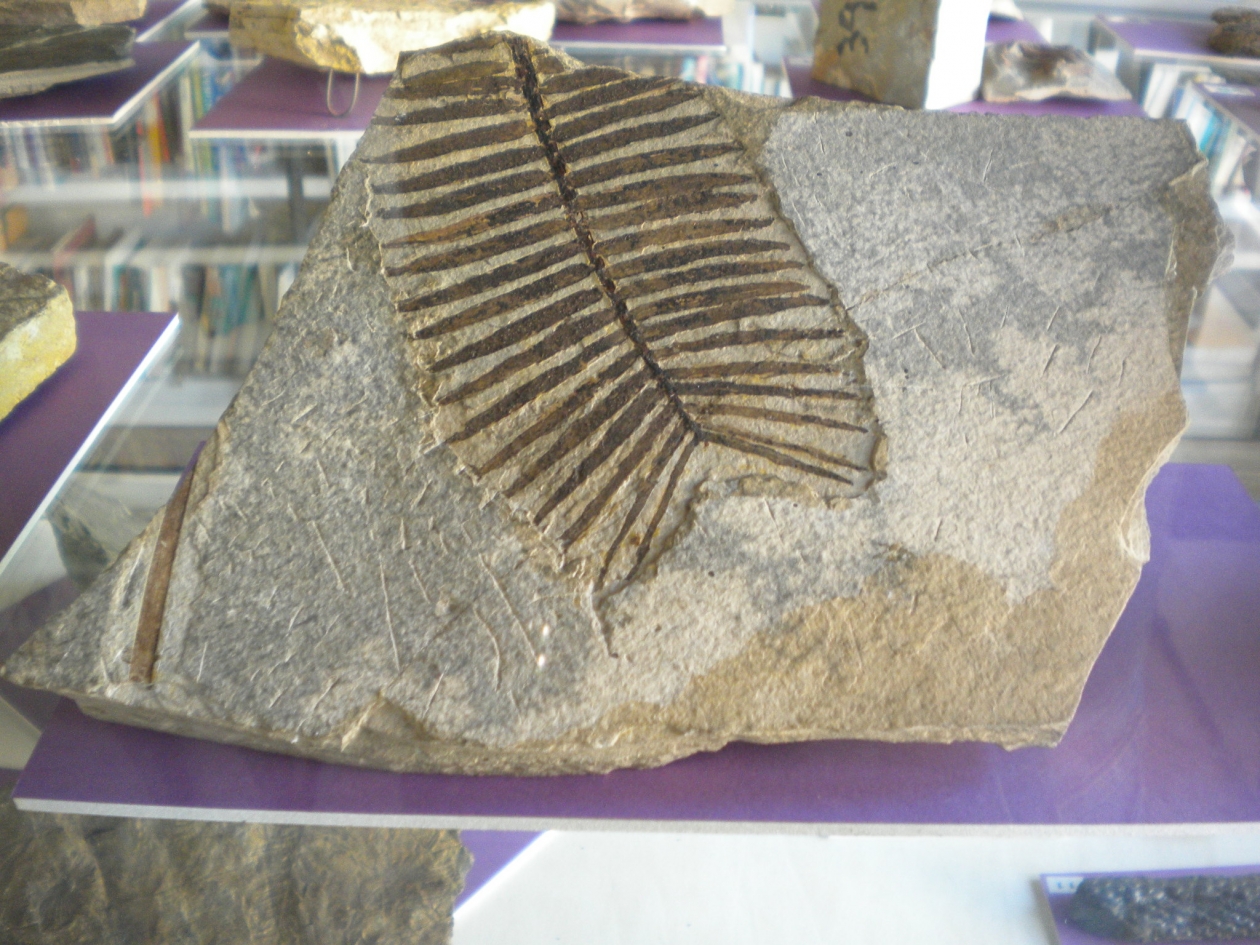 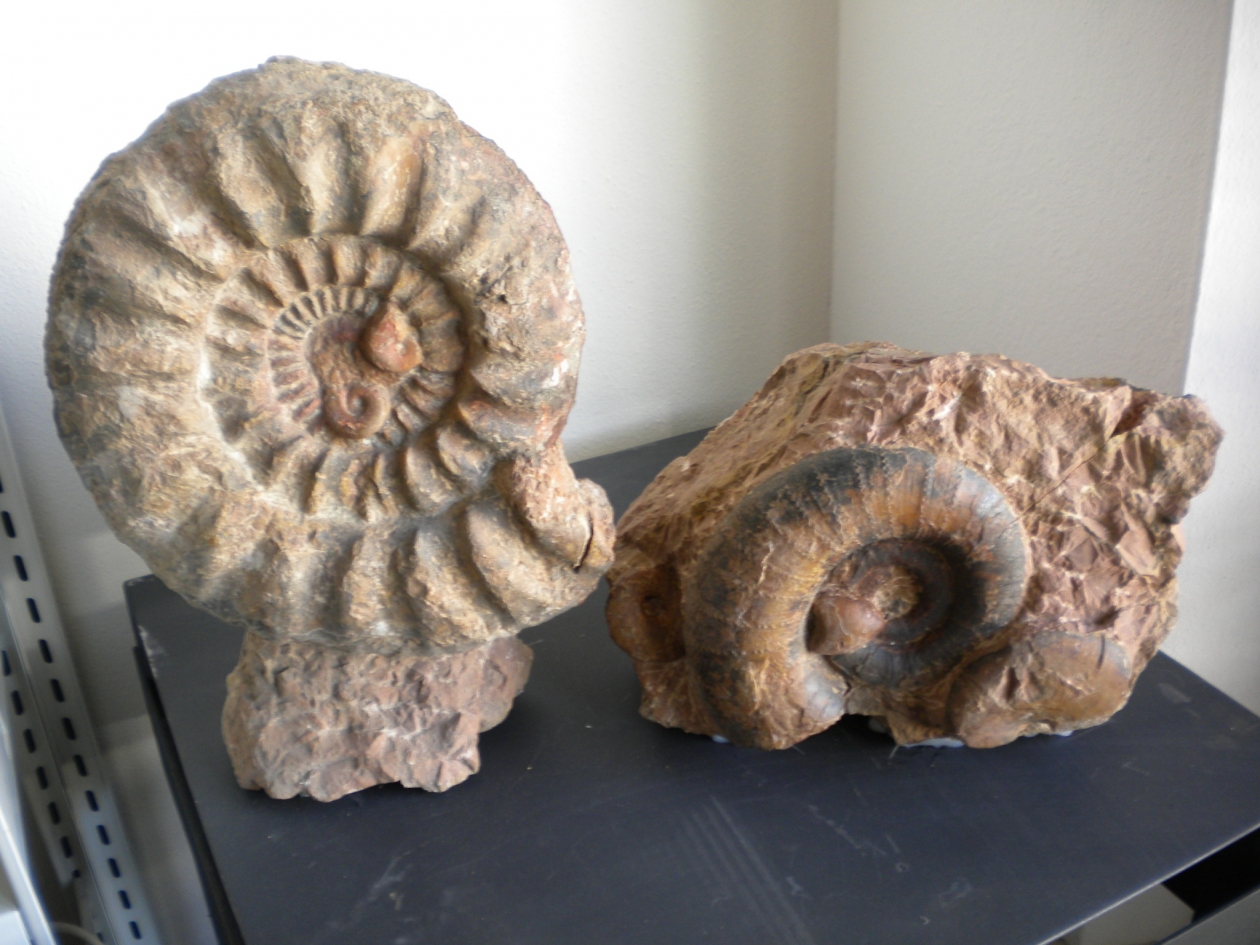 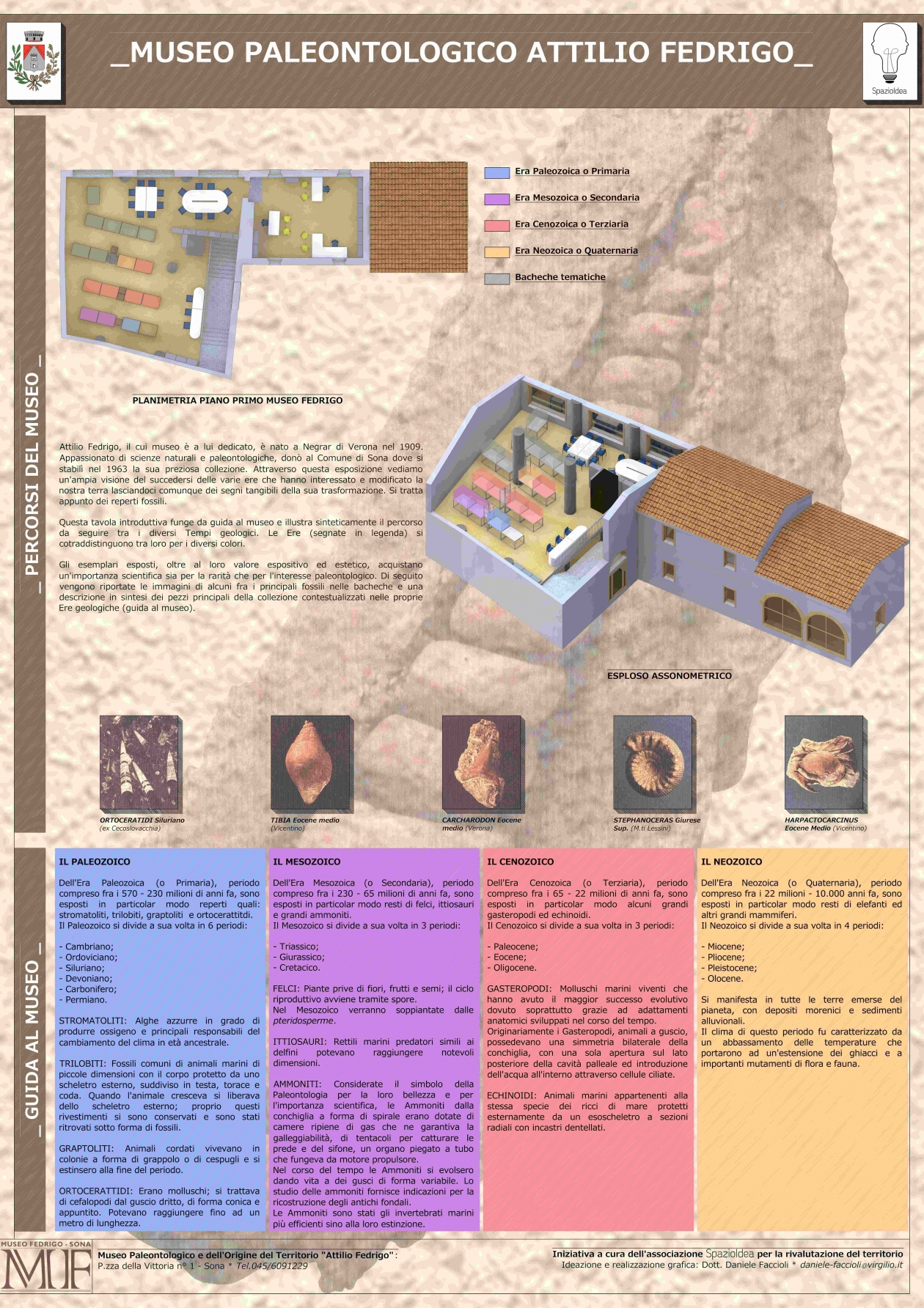 The museum, dedicated to Attilio Fedrigo, is a collection of beautiful and important fossil materials, and offers, through several hundred artifacts found both in Italy and abroad, a wide view of the succession of forms of life on Earth, starting from the most ancient eras (Paleozoic Era, over 500 million years ago) until the Holocene period (some thousands of years ago).

In the collection there are important artifacts such as trilobites, graptolites, orthocerida of the Primary Age; large ammonites of the Secondary Era; some large gastropods of the Tertiary Era, some remains of elephants and other mammals of the Quaternary Era.

The specimens, which are surely significant by an aesthetic point of view, have a great scientific importance both for the rarity and the paleontological interest.

From Verona and Peschiera del Garda, along the regional road nr. 11, near the hamlet of Bosco di Sona, at the traffic lights take the directions towards Sona.

A4 motorway “Venice-Milan”: exit “Sommacampagna”, at the roundabout turn left towards Sona/Bussolengo. At the next roundabout, turn left towards the village of Sona until the end of the upward slope, where you find the Town Hall and the main square – Piazza della Vittoria.