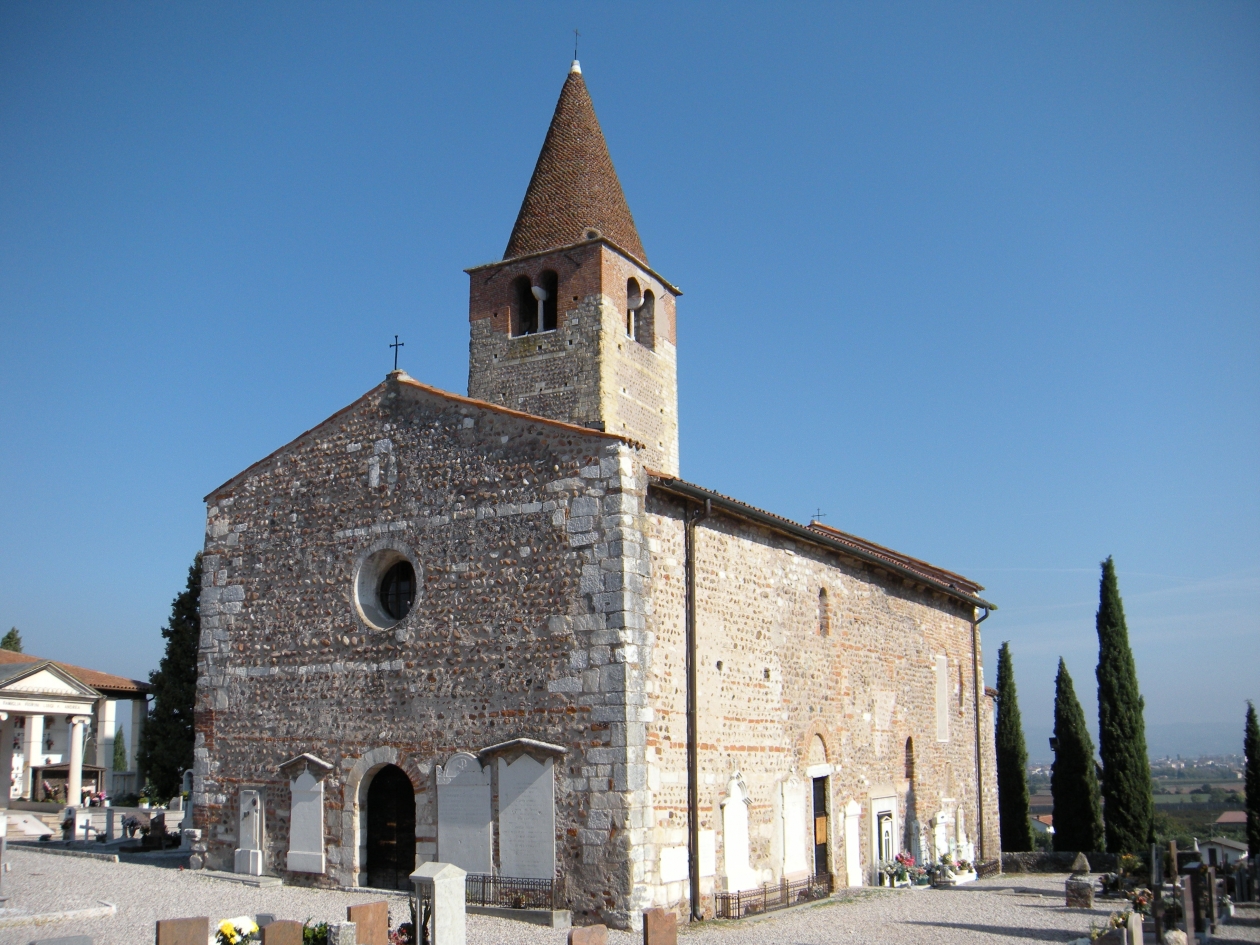 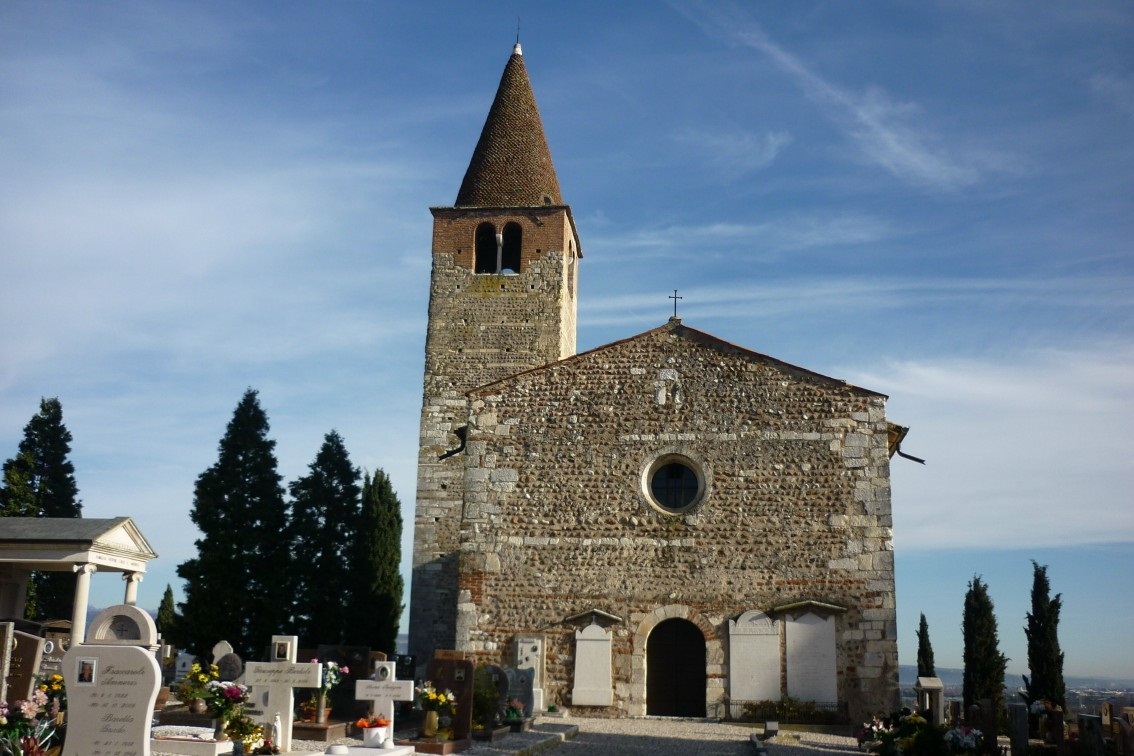 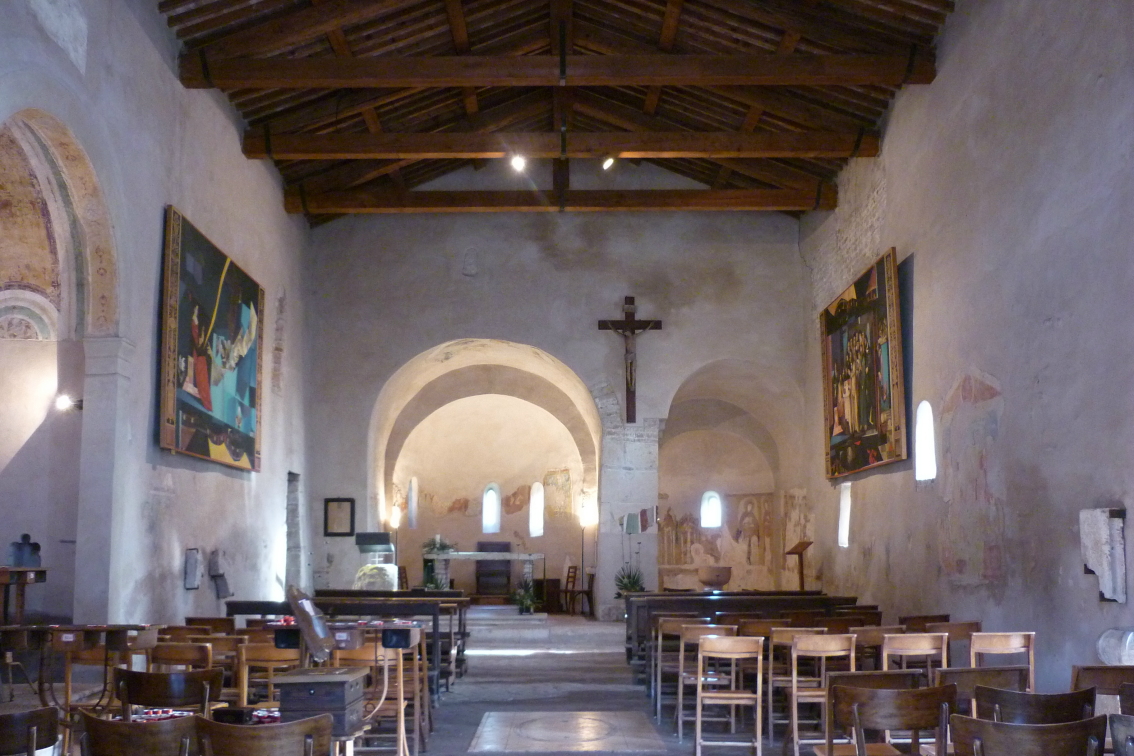 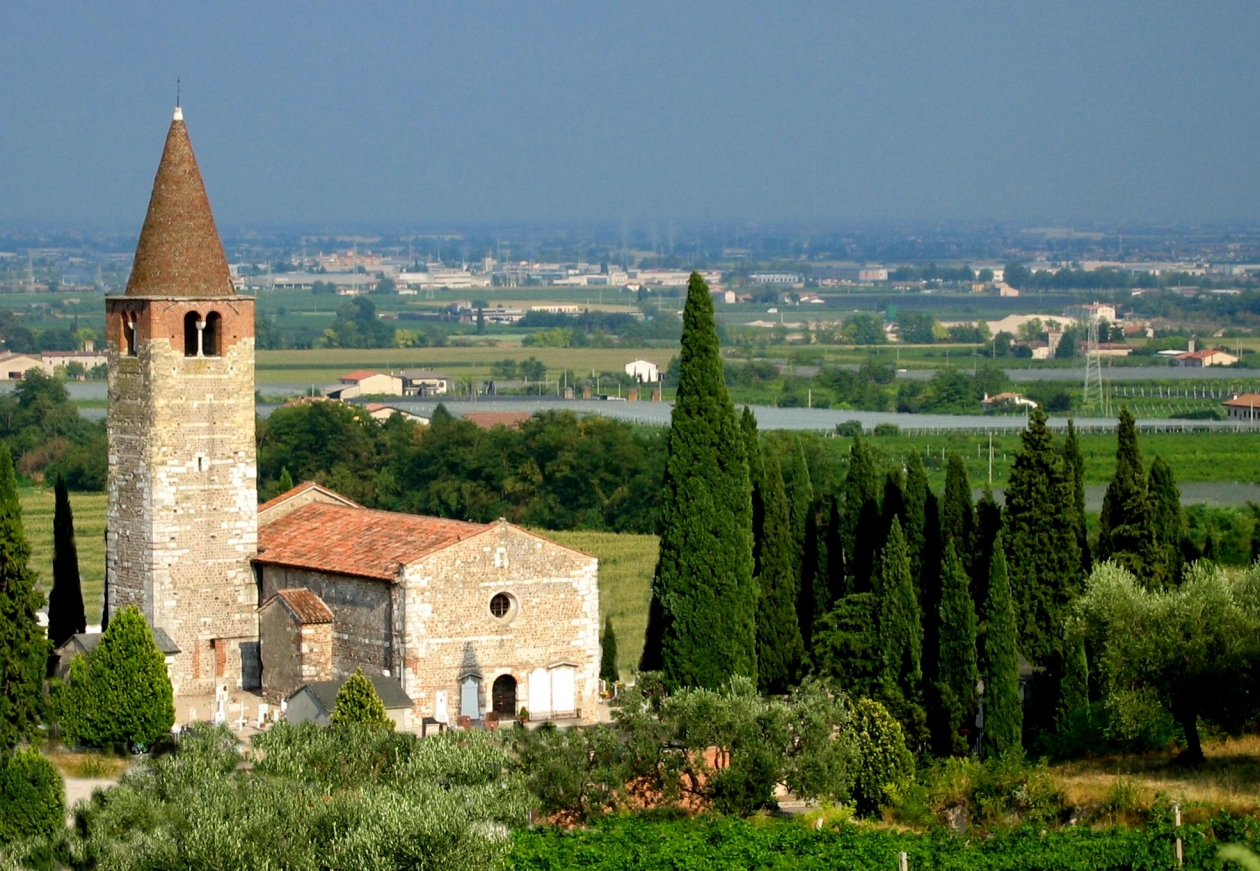 It may also be passed down from our ancestors that Saint Zeno, Bishop of Verona came to celebrate Mass on this hill, halfway between Verona and Lake Garda, to meet and evangelize the lacustrine populations through footpaths that came to hear him. The holy Bishop, a contemporary of Santa Giustina (martyred in 304 a.C.) and the speaker of his own worship, may have prompted the dedication, albeit of an oratory, the Saint.

Oratory that could be built on an old pagan temple. It is also assumed that in the Lombard period, VII -VIII century, there was already a Christian church of great splendor.

The building underwent over time due to several damaging earthquakes (1117 ), and devastation. During the reconstruction the finely worked stone were recovered and inserted into the walls both inside and outside . Even today you can see blocks carved capitals and relate to this period.

Inside you can admire numerous paintings and the strange peculiarity of the two apses despite being built with a single nave: the great apse with the altar stone and the other with the baptismal font. The Romanesque bell tower, erected in 1200, was rebuilt several times due to demolition due to telluric events.

In 1233 the village of Palazzolo, built around the parish church, was set on fire by Ezzelino, a power local Lord. The fire spared only a few houses built in stone and mortar moraine as the parish church, and two are still visible in Cavecchie street, to which they gave it the name. Palazzolo was rebuilt next to the oratory of St. Giacomo.

The liturgical celebrations continued to be held in the parish church until 1533, after that date there is only officiated the solemn festivities of Christmas, Easter Saturday, Easter, Pentecost and the Blessed Virgin Mary. The home of the pastor remained there until 1585. The last reconstruction took place in 1729 and in 1758 , the last one only about the bell tower.

From Verona and Peschiera del Garda along the regional road n. 11, At the village of Bosco di Sona, at the traffic lights take the direction to Palazzolo. Arriving in the town center, follow signs for Bussolengo; just out of the village Santa Giustina stands on a hill on your left.

Motorway A4 Milano Venezia: exit at Sommacampagna, left at the roundabout towards Sona / Bussolengo. After about 4 km, continue towards Bussolengo; after the underpass turn right onto the regional road n. 11 in the direction of Peschiera del Garda. At the village of Bosco di Sona, at the traffic lights take the direction to Palazzolo. Arriving in the town center, follow signs for Bussolengo; just out of the village Santa Giustina stands on a hill on your left.

Coached visit every first Saturday of month at 04,00 p.m. from March to November (exclude August).

Church is open to visit every Sunday morning from 10,00 to 12,00 from March to November (exclude August).