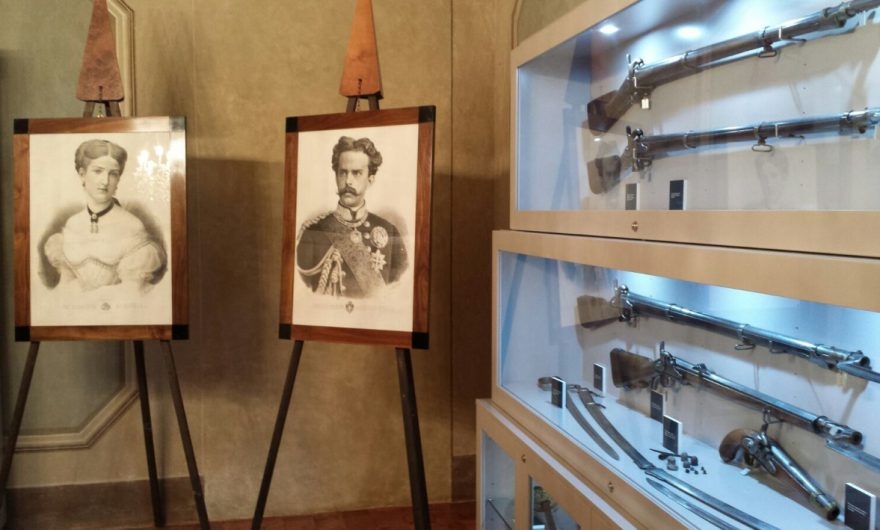 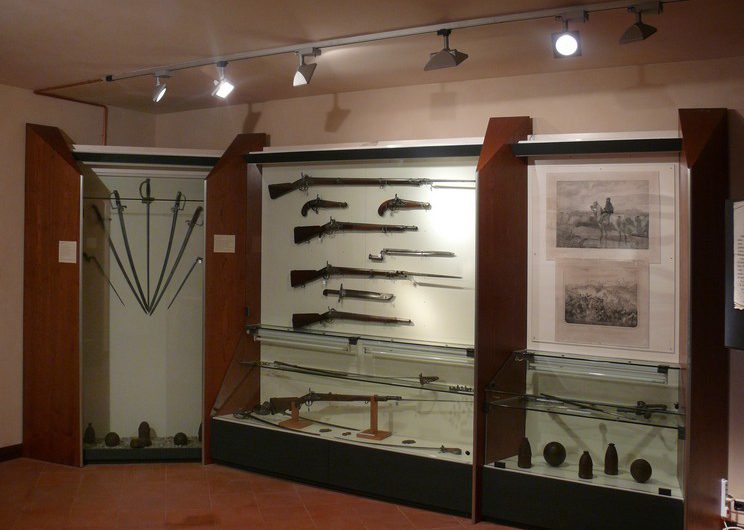 The idea of building a museum of Risorgimento dates back to the Fifties, when the local authority organised at the Casa del Trattato an exhibition of posters, postcards and mementos related to the Risorgimento wars. The items belonged to a collector from Cavriana. In 1959 an important anniversary was celebrated: the hundredth anniversary of the meeting between the two emperors Francis Joseph of Austria and Napoleon III of France. This was the occasion to rediscover the importance of the Italian Risorgimento and finally led to the idea of building a proper Risorgimento museum in Villafranca.

The first citizen Giovanni Marchi suggested to buy the items of the exhibition in order to start a permanent collection. The following year the collection was settled in a couple of rooms near the Sala del Trattato, in the historical building in via Pace, where it was left for quite a long time due to lack of funding for improvements. In 1981, after the first Antiquarian Market Show, all the object were packed up and stored away. In Winter 1986/87 an first Risorgimento exhibition was held and all the papers related to the Risorgimento were cleaned, restored and catalogued. A second exhibition took place the following winter: all the mementos were polished and exhibited, and the Municipality made over to the future museum the property of the recently restored choir of the little church of Christ near the Scaligero Castle and bought the necessary furniture.

On 19 November 1989 the Museum was inaugurated, in the presence of the consuls of Austria and France. The following December the Prime Minister, senator Giovanni Spadolini, visited the museum. Senator Spadolini was a renowned scholar of Risorgimento.

Over the years the museum has been visited by thousands of people, despite its small dimensions.

In 2009 the 150th Anniversary of the Peace Treaty of Villafranca the Museum was settled in the historical Palazzo del Trattato (Palace of the Peace Treaty), where is the room in which the two emperors met in order to sign a treaty and put an end to the war.

In the Museum many Risorgimento mementos are exposed: weapons, posters, and various objects belonging to the Armies during the Independence wars of the Risorgimento. Here are also conserved documents and mementos belonging to the Villafranca volunteers that fought between 1848 and 1866: 62 men and a woman, Angela Aprili, Garibaldian sutler durin the war in 1866.

In the museum you can see edicts, letters written by the Austrian police, letters of the municipality of Villafranca, Luigi Prina’s declaration of desertion from the Austran Army written when Luigi Prina and Luigi Zanini joined Garibaldi’s troops, a cap and a shirt belonging to a Garibaldian soldier in 1866 and some tricolor flags dating back to the XIX century.

Various weapons can be seen at the museum: amongst them, a French flintlock mod. 1777, two hunter Austrian carbines mod. 1854, an Austrian artillery musket mod. 1854, various French shotguns (mod. 1822, 1822T and 1842), some Piedmonts Infantry sabers, National Italian Ward daggers and French and Austrian bayonets and sabers, plus a good number of grenades and cannonballs. (source: Nazario Barone)