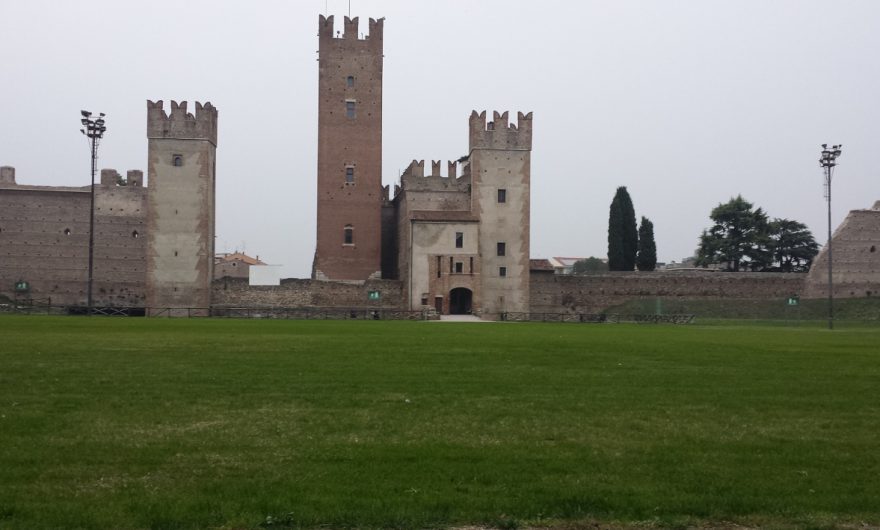 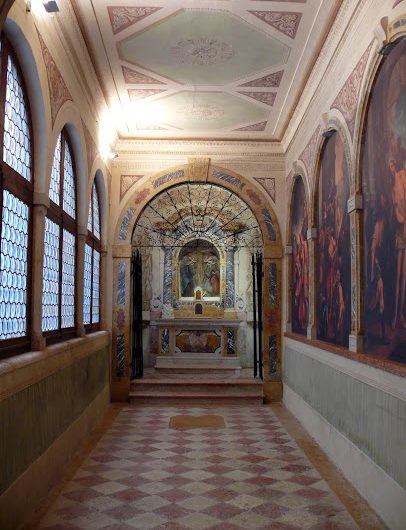 The Castle of Villafranca di Verona was built starting in 1199, after the Battle of Ponte dei Molini (Mantua), and was completed in 1202. The purpose was to defend the population of Villafranca in casa of sudden attacks from Mantua.

In 1345 was built the Serraglio, a defensive wall, unique in Europe, about thirteen miles long. It started from Borghetto and linked five castles: Borghetto, Valeggio, Gherla, Villafranca and Nogarole Rocca. Nowadays, of the Serraglio remains only some traces that can be seen along the right bank of the river Tione.

Inside the walls, there are seven small towers called “Torresine“. The base of the Mastio (the main tower) was built using some stones that camed from the remains of the Arch of Emperor Tiberius. The wars over time destroyed most of the Castle.

Starting from the year 1450, the Castle was abandoned, and only centuries later, it was bought by some nobles  such as Angelo Alessandri or G.B. Simeoni, the Count of Villafranca.

In 1890 the main tower of the castle was rebuilt and a clock was added. Under the main fortress, there is the Church of Christ, the first church of the district of Villafranca. In the inside, there are a fourteenth-century fresco depicting the Crucifixion and three paintings of the eighteenth century painted by Giovanni Battista Lanceni and representing the scourging of Jesus, the Christ mocked and crowned with thorns, and the ascent of Jesus to Calvary. The chapel has been restored in recent times.

A22 motorway (Brenner-Modena), exit Nogarole Rocca, then follow the signs towards the center of Villafranca di Verona.

A4 motorway (Milan-Venice), exit Sommacampagna, then follow the signs towards the center of Villafranca di Verona.

From Verona, take the ring road and follow the signs towards the center of Villafranca di Verona.