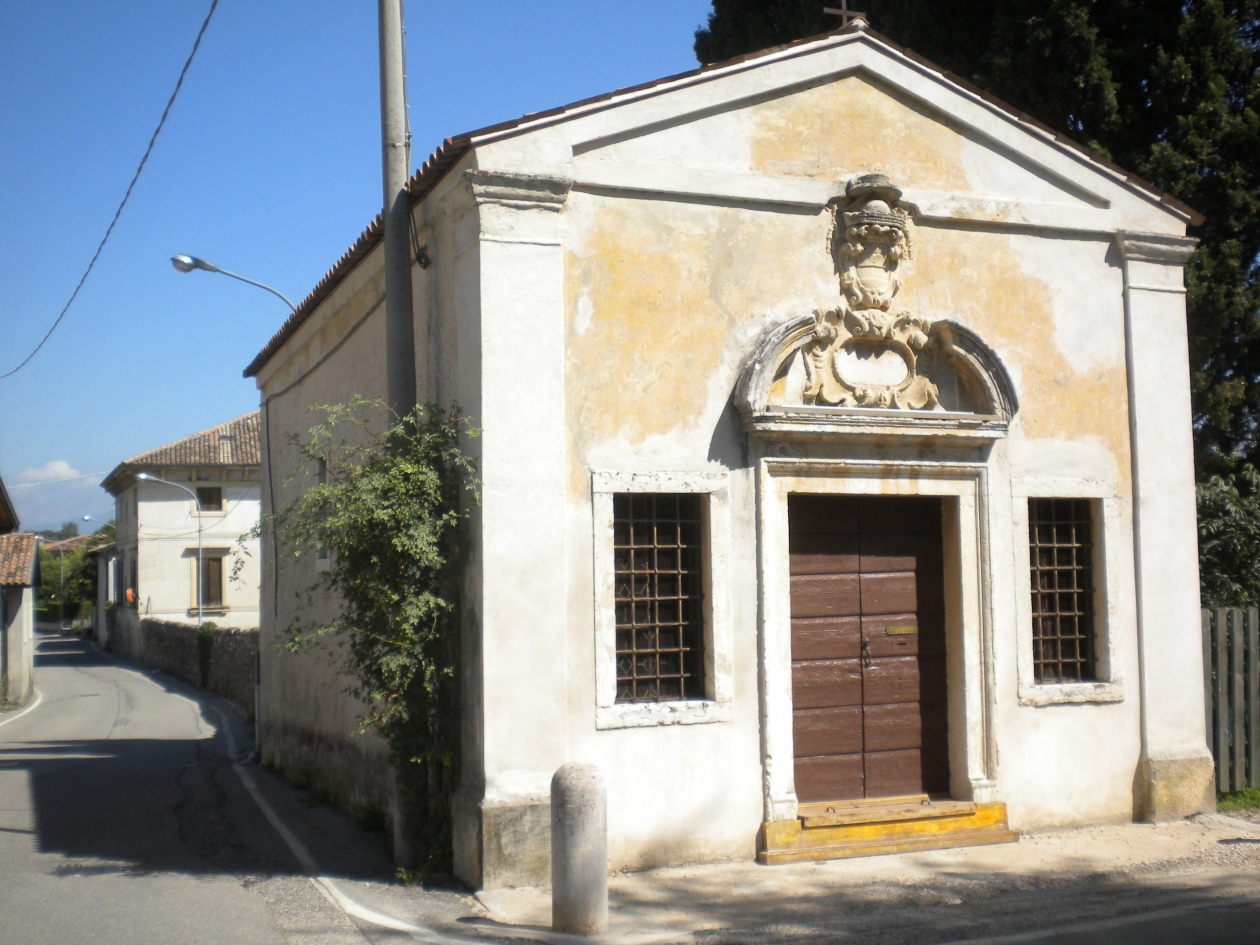 Also known by the name of “Chiesolina” (i.e., small church), built in the late 17th century by the canon of the Cathedral of Verona, the marquis Alessandro Spolverini, it was robbed of all its holy vestments in August, 1817, as reported by a notice of the Habsburg delegates in Verona.
The facade shows a large coat of arms with a plaque dedicated to the god Optimus Maximus and St. Anthony of Padua.
The interior has a single room and is lit by two rectangular windows placed on the facade at both sides of the main gateway; at the same height of the presbytery there is an altar with marble extensions and doors that open onto the sacristy, in addition to a large altarpiece depicting St. Anthony of Padua.
On the left wall, near the entrance, there is a wall-embedded plaque on which an engraved inscription reports that Monsignor Girolamo Cardinale, the Bishop of Verona, grants indulgence for every devotion given to St. Anthony of Padua.