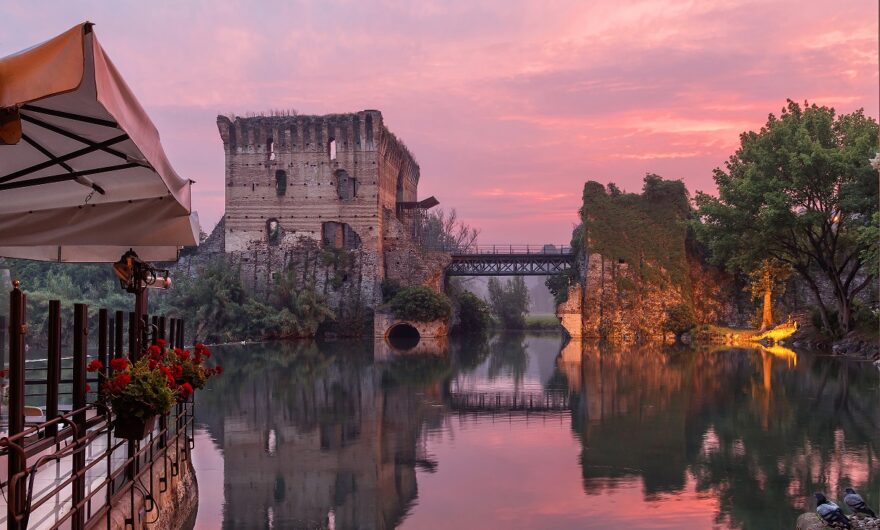 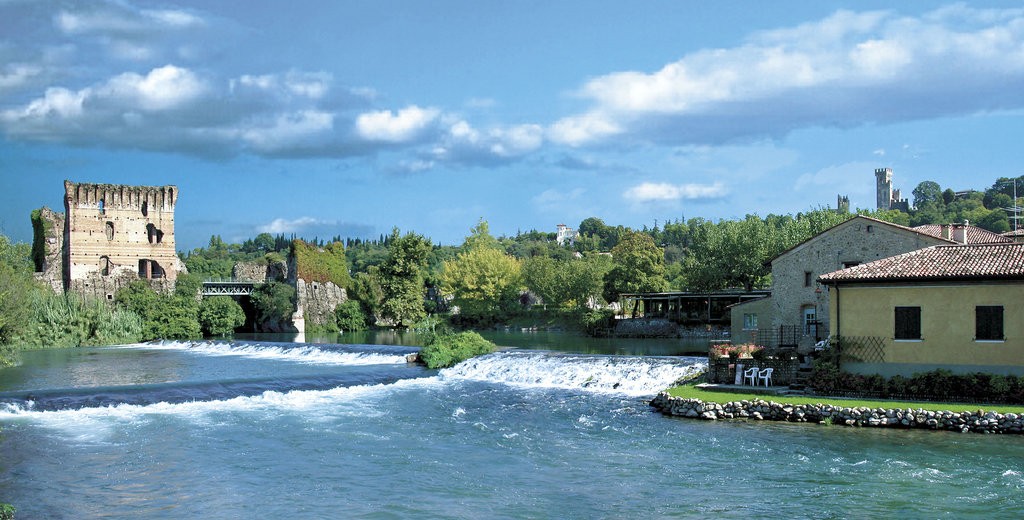 The Visconti Bridge was built in 1393 by Gian Galeazzo Visconti, the duke of Milan, according to the project of Domenico Benintendi da Firenze and Melchiorre Gambaretti, maybe in order to divert the course of the River Mincio and conquer Mantua. The construction work of this large fortified dam was very difficult so that it turns to be a defensive fortress after some modifications to the initial project. It is about 650 m long and 25 m wide, and the roadway is 9 m above river level. The construction of the building finished in only two years: it was connected to the Scaliger Castle by two embattled curtain walls, and integrated inside the Serraglio defensive line, which was about 16 km wide. The iron bridge, that replaced the central archway, was inaugurated October 28th 1930, and successively boomed by the Anglo-American airplanes in 1944. Every year, in June, they organized a dinner with a long table of almost 4,000 people on the bridge.

From Valeggio sul Mincio, 1 km far by car or on foot through the public gardens.